Campbell Grayson in his own words

With his retirement from the PSA Tour one of the ‘good guys’ of the sport, Campbell Grayson was keen to pass on a message in his own humble words to those in the sport in New Zealand about his 17 years in international play. 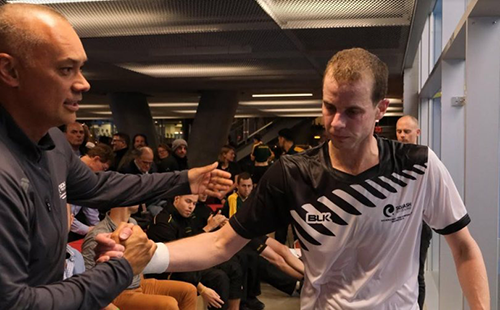 It's been an emotional time as I retire from professional squash and the sport I love.

I'm also overwhelmed by all the lovely messages of support I received over the last two days, I thought only my wife and family loved me haha. Before COVID-19 hit, I was living in the moment of training hard for tournaments and focussing on winning matches so I could try and reach my new immediate goal of breaking the world's top 20.

I knew I was getting older and had to work harder and manage my body carefully but sometimes I feel age is just a number as I was playing some of my best squash, I was also enjoying it so much that it felt like it could go on forever but obviously knew that was not possible. I did so much running and cycling at the start of lockdown that Megan Craig and Andrea Hewitt should be worried…and I was feeling motivated, however, I also took some time to reflect on my career and future aspirations which sometimes as an athlete you neglect when you're so busy chasing tournaments and ranking points all over the world. I came to the decision that it was best for me to move on and focus on the next chapter of my life which I am looking forward to. 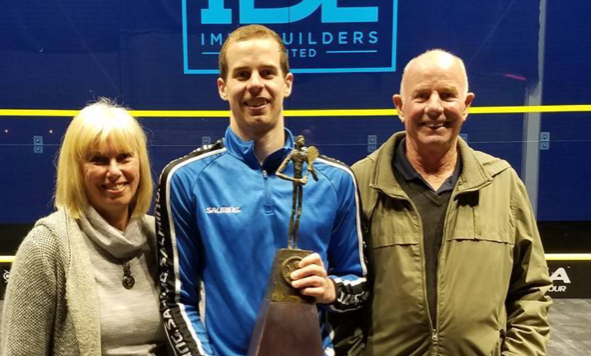 Representing New Zealand has been such a privilege and I have the most amazing memories. From playing for NZ at the world juniors, to all the World Teams Events, to the Commonwealth Games and even the World Doubles events, I use to get so excited I could never sleep the night before we were due to leave.

Our teams always had great camaraderie and wearing the fern were certainly the proudest moments of my career. That never changed going into the back end of my career also as we had so much firepower in our teams with Joelle and Paul which made it very exciting. It gave our teams an edge because everyone knew who they were, even people outside of squash at the Commonwealth Games were talking about them and it was inspiring. Joelle's performances at the Commonwealth Games have been unbelievable, it was great to witness her win all those medals (I think six in total to date) and be ranked No.1 kiwi athlete at two separate Commonwealth Games events - what an achievement.

I think sometimes people forget how long Joelle has been at the very top of the game, something like nine years, and the scary thing is that I know she has a whole lot more left in the tank as well.

Being around Paul at tournaments and in team events was great as well, we always got on well and shared different training ideas and notes on players. He's been phenomenal at the last two World Teams Events not losing a match and it was nice to be in the team with him where we finished 6th and most recently 5th place. What a huge last 3-4 years he has had and I am excited to follow his progress when the tour resumes. He certainly has an aura about him on tour at the moment and the top players are always worried about him. 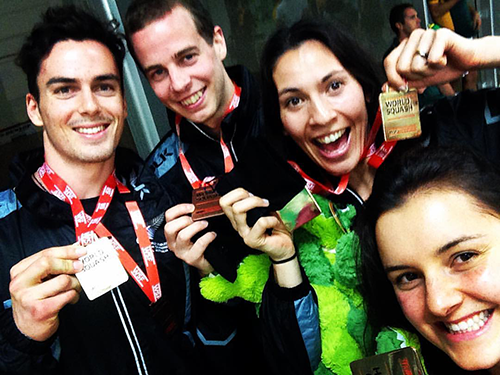 I just want to say a big thank you to Squash NZ for all their support over these years. Through Squash NZ I worked with many highly skilled and influential coaches and trainers and I want to thank Dave Clarke, Robbie Wyatt, Anthony Ricketts, Paul Hornsby, Glen Wilson, Nigel Harris, Greg Owen, and Tony Marsh for their fantastic support, knowledge, and guidance. I wouldn't have achieved anything without the support of these people. I wish the NZ Squash Community all the very best for the future and look forward to hopefully returning for a visit sometime soon.