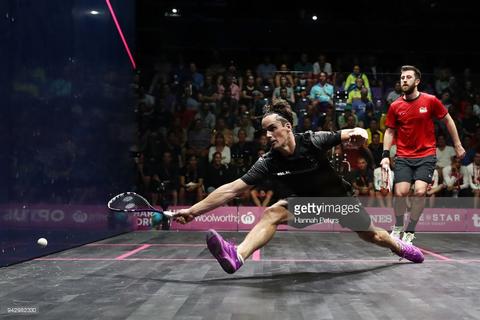 New Zealand has two players through to the semifinals of singles play at the Commonwealth Games squash competition at Oxenford Studios on the Gold Coast.

After lengthy delays as a result of earlier matches King looked keen to get her match over and done with quickly and duly wrapped on the contest over Indian eighth seed Joshna Chinappa in 31 minutes 11-5, 11-6, 11-9.

Twenty-nine-year-old King who lives in Cambridge in the Waikato King won a bronze medal in singles at Glasgow in 2014 and has now given herself an opportunity to equal or better that record.

King will now face eight-time world champ and two-time defending Commonwealth Games champion, Nicol David from Malaysia who is 34-years-old and one of the greats of the sport. The match is scheduled for 6pm local time (8pm NZT)

"I think it's always tough when laying around waiting. Sometimes it happens on the tour....I felt like I showed great focus on the court today whereas yesterday I felt I lost my focus at times. Today, it was a lot better," said King who is at her third Commonwealth Games.

When it comes to playing David she is philosophical about her chances.

"It's been pretty even with us. It's nice to see her have a long match in her quarter-final. She'll be keen come back and go again."

For Coll, 29 the victory over fifth seed Daryl Selby (England) was a little more challenging. Including putting up with the constant questioning of calls and a number of collisions into the Kiwis back. In fact Selby irked officials so much that the match ended with the Englishman being docked a point on match ball and the win being awarded to Coll.

Earlier in the match Coll had started the third game 1-0 ahead after a conduct stroke against Selby at the end of the second game.

"I wasn't too sure what happened at the end of the game, but I'll take a win however I can get it," said Coll who now faces 23-year-old Joel Makin from Wales who is ranked 43rd in the world in the semifinals at 8:15pm local time (10:15pm NZT). "I just played him last week in Auckland in practice, but I haven't played him competition. He's a rising player, hopefully the match will be a bit earlier in the night. It's good to have both Joelle and I in the semis. We came in here with high expectations."

Although making the semifinals puts King and Coll in the medal rounds, it does not guarantee them a medal as there are playoffs for bronze if they do not progress to the final. 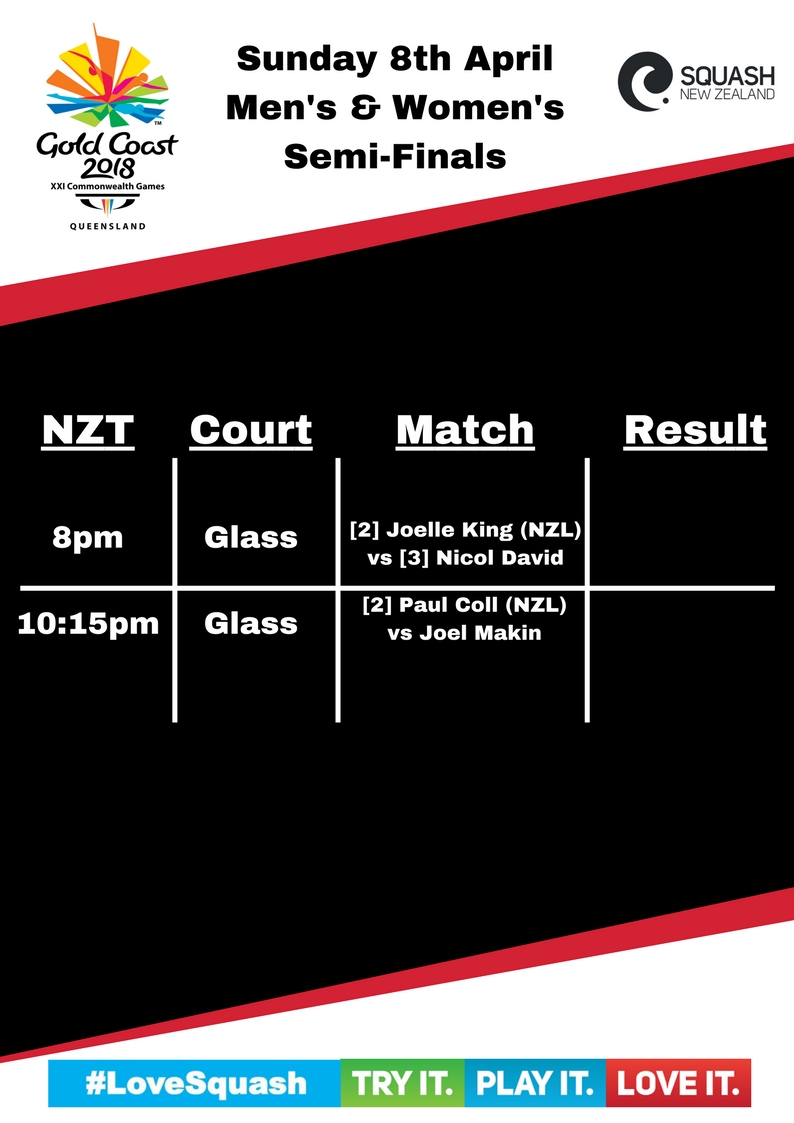