Campbell Grayson has won his sixth career PSA title at the $10,000 Houston Open in Texas recently.

Campbell Grayson claimed the sixth PSA World Tour title of his career when he beat Mexico's Cesar Salazar in the final of the Houston Open at Life Time Fitness in Houston.

It was an unexpected climax to the PSA World Tour Challenger 10 tournament which was the seventh event of the year in the new US Pro Squash Series.

Third seed Grayson reached the final - his first this year but the ninth of his career - after overcoming unseeded Englishman Lewis Walters in the semi-finals.

Salazar, the No4 seed from Mexico, gained his revenge for a straight games defeat by Joe Lee in the US Open qualifiers last October, by upsetting the second-seeded Englishman in an hour-long battle to claim his second Tour final berth of the year.

"Grayson played his best squash for the final and Salazar had no answer for his dominant play," said Life Time squash Tour Director Andre Maur. "After getting to the semis finals in the Atlanta Open in January, he became the second new winner of the Life Time Squash Tour.

"Next event on the tour is the Las Vegas Open." 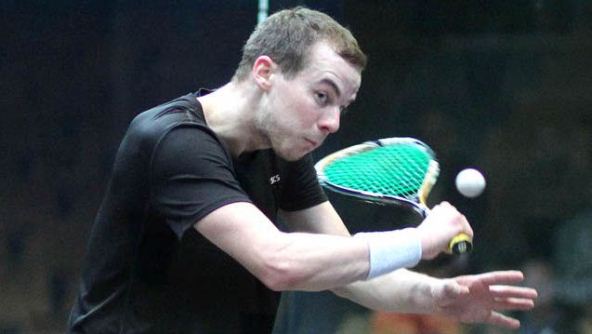