One of New Zealand's top ex-players has married on the weekend.  Callum O'Brien wed Jennifer Sanders on Waiheke Island.  Sanders (no relation of the famous Colonel of the same name) is also a squash player - although the two met after O'Brien's playing career had ended.  Here's hoping for the pitter patter of future World Champions!

O'Brien had a distinguished junior career, winning three national junior age group titles and representing New Zealand at the World Junior Men's Championships in Milan in 2000.  His senior career was no less distinguished; first representing New Zealand in 2003, and competing in the 2006 Commonwealth Games.  He was forced to pull the pin on his professional career in 2007 following hip surgery.  This Squashsite article provides more information.

Squash New Zealand wishes the happy couple all the best in their married life. 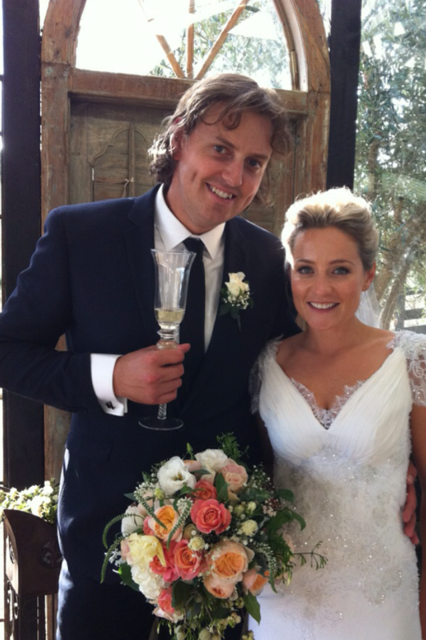