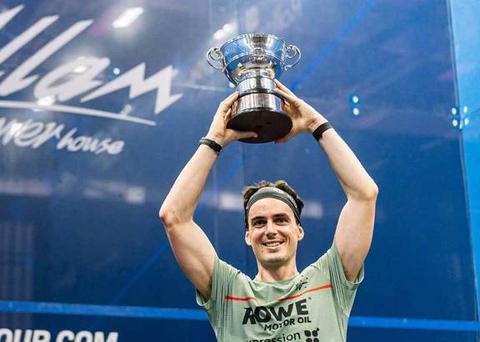 Squash New Zealand is pleased to confirm an increase in High Performance Sport New Zealand funding which will assist the sport and its players to reach higher levels around the world and domestically as well.

The latest funding means three main areas of squash in New Zealand can be developed further;

- supporting the campaign for Birmingham next year and the following Commonwealth Games in 2026.

Former world No 6 and current SNZ High Performance Manager, Shelley Kitchen says the funding boost is a great step forward for the sport.

“It’s exciting to be able to really put in place the plans which we believe will bring further success for our current top players such as Paul and Joelle who are doing so well. It is also for others to follow a pathway to the top 50 world rankings and beyond,” said Kitchen.

“The HPSNZ funding provides a great opportunity to really promote the sport and our players to a higher level and become more inclusive with a real development pathway including more coaching and openings to excel. There will still be plenty of hard work required, but this is a great step in the right direction.”

For SNZ Chief Executive Martin Dowson having an improvement in funding creates a positive environment for the sport and is just reward for plenty of hard work by his small team within the sport.

“This is immensely pleasing and a fair reflection of the great recent performances from Joelle King and Paul Coll and the hard work led by Shelley Kitchen. It is a game changer for squash as the allocated funding will allow the sport to assist with building a pathway for players trying to break into professional careers,” said Dowson.

Despite the issues with Covid-19 in 2021 the numbers playing squash as club members around New Zealand have increased more than five percent and the sport pulled together well in a number of areas to look strong for the future.