The long weekend saw teams from around the country compete for the prestigious Cousins Shield and Mitchell Cup. Last years event was cancelled due to Covid-19 so teams were extra hungry this year!

The men were fighting for the Cousins Shield. The teams ranged from Burnside in Canterbury up to the Auckland Teams.

Congratulations to all teams who took to the courts over the weekend! And thank you to Devoy Squash and Fitness for hosting a fantastic event! 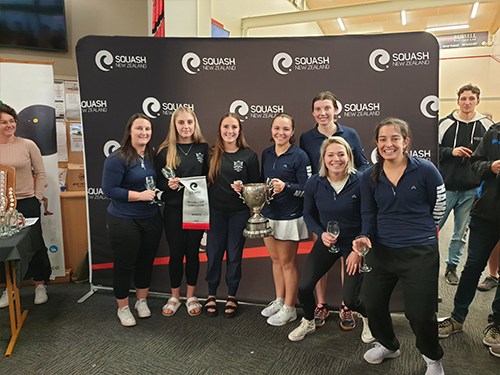 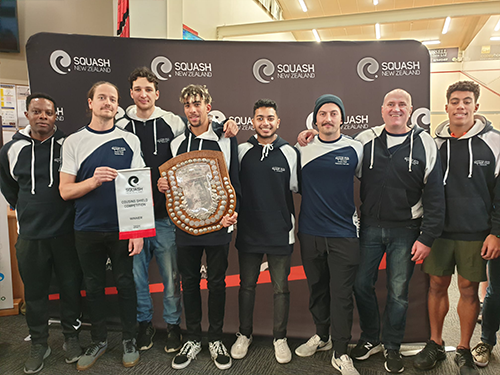 At this year's Cousins Shield and Mitchell Cup we saw the inclusion of a new award.
In remembrance of the late Tanya Laurence, the Tanya Laurence Sportsmanship and Values Award was given out for the first time.
The award stands for everything Tanya did; visibly lifting their game for their team, a total team player, Shows integrity both on and off the court, shows true sportsmanship to their team members, opponent’s and referees, demonstrates a genuine love for the game and especially this event as well as having a true sense of fellowship with their competitors.
Tanya's Family came to Devoy Squash & Fitness Centre to present the award and there was no one better suited to take home the award than North Shores, Gary Duberly.
Gary was a very popular and deserving recipient of the Tanya Laurence Sportsmanship Award.
He is known nationwide for his amazing sportsmanship both on and off-court. Even in the most pressurised situation that does not alter. Win or lose Gary is always happy to be still playing and always gives his opponent credit. He is very encouraging to up and coming youngsters as well. Tanya had huge respect for Gary and she would have approved.
In his own words, he was "overwhelmed and honoured" to have received It.
The award was well-received by all competitors and supporters alike, and during the presentation, there was hard to find a dry eye! Such was the respect squash has for Tanya and her memory. 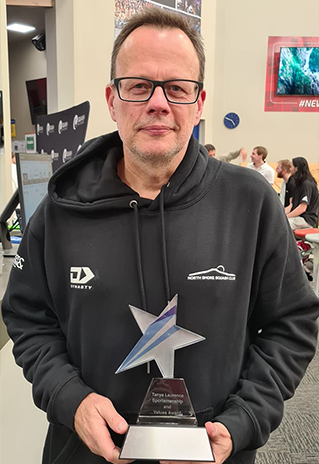