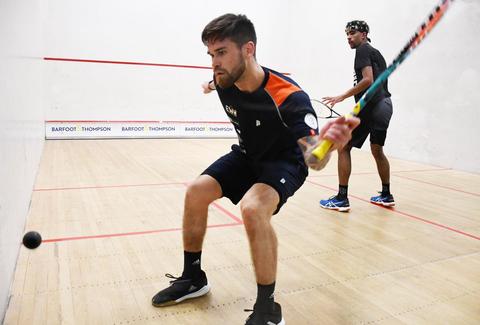 Paul Coll has remained at No 4 in the men’s rankings and Joelle King eight in the women’s but it’s the next group of players who have excelled.

At the age of 31 New Zealand national champion, Evan Williams has hit a new career-high ranking. It comes on the back of winning tournaments last month at Waikato, Panmure and over the weekend the Barfoot & Thompson Auckland Open.

Wellington-based Williams has moved from 86 to 67 in the latest rankings and is in good form to defend his national title later this month.

A couple of others to hit career highs include Willz Donnelly up to 265 as well as 16-year-old Mason Smales from 412 to 340.

In the women’s rankings Emma Millar is the New Zealand No 2 moving just a few places from 97 to 94, Abbie Palmer remains at 117 but Kaitlyn Watts has taken another huge jump up from 234 to 127.

Fifteen-year-old Ella Lash from the Belmont Club on the North Shore is ranked at 205 from her previous best of 252.