The season is truly in full swing with the New Zealand Doubles championship starting on Friday with multiple divisions all filled with talent. The event held at Squashgym Palmerston North will be sure to bring the best doubles action out and on show.

This event will start the journey towards the 2021 Doubles World Championships which were due to be held in the Gold Coast later this year but have been postponed until further notice, as well as the upcoming 2022 Commonwealth games held in Birmingham, England.

The Women’s draw includes past Commonwealth Games Gold medal winner Amanda Landers-Murphy. Landers-Murphy saw a triumphant return to squash last month with a win at the Arch Delahunty EBOP Open, which included a win against, now team-mate, Kaitlyn Watts. The Manawatu based Kaitlyn Watts is also in top form after winning the women’s PSA Challenger at the Royal Oak Open in March and will be hoping Watts’s fiery return to squash will continue.

The event also includes another ‘competitors turned teammates’ combination with New Zealand Squash Championships semi-final match up of Abbie Palmer and Lana Harrison teaming up to create the Auckland based doubles partnership.

Young combinations of Natalie Sayes and Grace Hymers, as well as Sophie Hodges and Lauren Clarke, will be hoping their youth helps create some upsets on the way.

It is the Chileshe brothers as top seed in the Men’s Open draw. Often meeting in the later rounds of PSA events, they are both in hot form with Lwamba winning the two most recent PSA events in the Royal Oak Open and Morrinsville Open, as well as Temwa taking out the Arch Delahunty EBOP Open in March.

They are joined by other familiar faces Joel Arscott and Chris Van Der Salm who are placed as the second seeds. Joel currently in career best form making the final of the PSA Challenger event at the Rochelle Hobbs Henderson Open.

The draw also includes past Commonwealth Games team member Zac Millar, who partners with 22-year-old Finn Trimble as the third seed. Along with Belmont Park duo Gabe Yam and Matthew Lucente finishing off the top 4.

Current New Zealand Squash Champion and former Commonwealth Games team member Evan Williams will take the court in the Mixed division teaming up with Kaitlyn Watts as the top seed. They will be eying up the potential final matchup against Amanda Landers Murphy and Lwamba Chileshe.

The event starts Friday, with plenty of divisions there will be constant action throughout the weekend. Make sure you head down to enjoy New Zealands best squash in action. 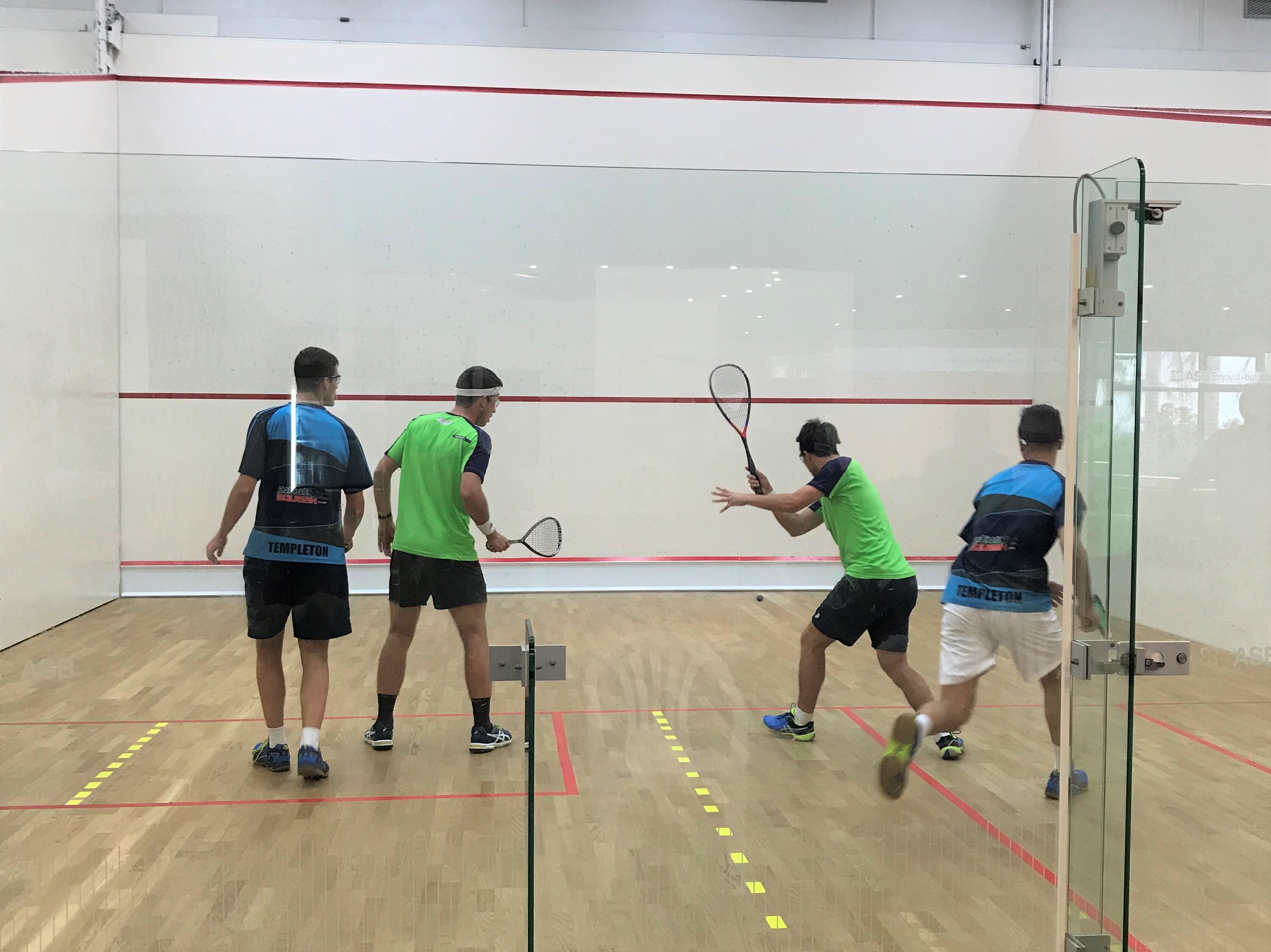