Campbell Grayson retires from the PSA 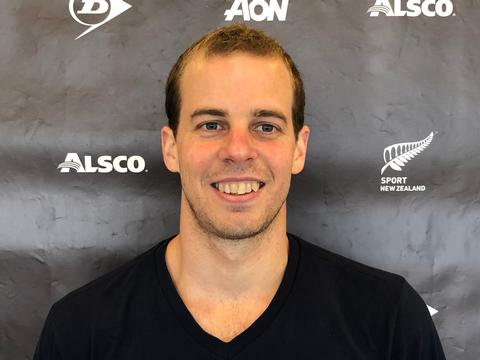 One of the unsung, hard-workers of New Zealand sport has called time on the professional circuit after 17 years travelling around the world.

Campbell Grayson the world No.25 ranked squash player and four-time Commonwealth Games representative has decided to hang up his competitive racquet to concentrate on coaching and family life in the United States.

In many ways, it is an unusual time for Grayson to retire as the last 18 months had been the best of his career winning the Houston Open the biggest win of his 14 titles, and the Irish Open as well.

During his career, he won two New Zealand senior national titles, 2010 and 2012, and numerous other tournaments around the country. He excelled as a junior in New Zealand while growing up and playing out of the Titirangi Rackets club in West Auckland and attending Avondale College. He also played for the Herne Bay Rackets Club as a senior.

“I feel like it’s the right time for me to move on with my life. It’s been a difficult decision and one that I have thought about a lot, especially over the Covid lockdown,” the 34-year-old explained. “I am proud that I gave my career a real go. I trained hard, chased tournaments and points all over the world.”

“Physically my body isn’t 100 percent anymore which makes it hard to compete at my best. Also, my wife and I are looking forward to starting a family and that is where my focus lies now.

“I’m going into a temporary coaching role in the US. I’ve been coaching as a touring pro for the last five to six years in the States. I enjoy it and I’m looking forward to doing this in a full-time capacity. I’m excited to stay in the sport. I love the game and I want to help grow the sport. “

Grayson was always a respected player with a high work ethic and New Zealand coach, Glen Wilson gave him plenty of praise.

“What an amazing professional career Campbell’s had. It’s been an absolute joy watching him perform at the highest level for so many years. Another Kiwi legend signs off but his contribution to squash in New Zealand will be felt for many years to come,” said Wilson.

Grayson reached a career-high ranking of 24 in the world earlier in the year and played in a number of British Open’s and World Championships. Other notable results included bronze medals in the World Doubles Championships in 2016 and 2017 with Paul Coll.

The four Commonwealth Games Grayson competed in were Melbourne 2006, Delhi 2010, Glasgow 2014, and Gold Coast 2018 where he put in solid performance and came close to medal rounds on several occasions.

Grayson was also known as someone who worked hard on and off the court and was a top team player with a sly sense of humour, although he became a somewhat reluctant star of Coll’s video’s at the Gold Coast Commonwealth Games and was always a good sport even when he was at the centre of the joke.

As part of the Kiwi team last year Grayson along with Coll, Evan Williams, and Lwamba Chileshe finished fifth at the World Men’s Team Championships in Washington, D.C, the best result for New Zealand for over a quarter of a century.

Squash New Zealand wishes Grayson all the best for his future and thanks him for his commitment, hard work, and enthusiasm to the sport over so many years.