Celebrating the life of Susie Simcock 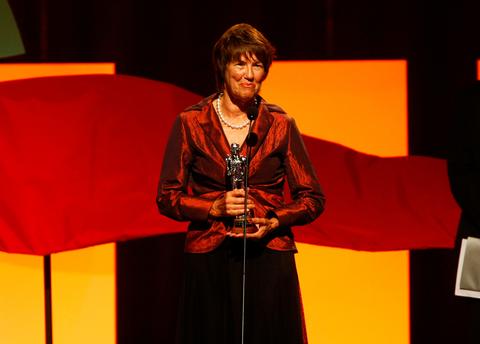 A long-time member of Remuera Rackets Club, Susie has left an enduring impact not only on squash, but on the whole of sport in New Zealand.  Her inspirational contributions to squash included being elected the WSF's first, and only, woman President after serving as Vice-President for the previous seven years. On completing her maximum term of office in October 2002 she was appointed Emeritus President.

Neven Barbour, a fellow Squash NZ life member had this to say regarding Susie:

“A truly remarkable lady.  Her contribution to squash in New Zealand and worldwide was immeasurable.  She was a pioneer, leading the development of the women’s game through progressive actions”

“On behalf of the whole squash community in New Zealand we offer our sincere condolences to Susie’s family as we mourn the loss of an icon who has supported our sport and provided input, leadership and tremendous value over a long, extended period. Susie’s commitment to the betterment of squash was nothing short of outstanding and we were privileged to have her as part of squash for so long. Her contribution was at every level from individuals, club, district, national and international.

Her commitment to the sport continued right to the end as only in the last few months she was part of a panel of 3 who interviewed and selected our 2 newly appointed Squash New Zealand Board members. She did this with the knowledge she was not well, and it took her considerable effort and courage to be part of this. She did not make us aware until the process was complete of her issues - total commitment, well above and beyond what one would expect. But this was the way Susie was, one of the many things that made her so special. It was a great delight that I was recently able to give her an update on the success of these appointments and their immediate contribution to our sport.

We were blessed to have Susie as part of our sport, and we will find a way for her to be honoured and remembered for generations of squash players to come.  She will be truly missed.”

“Like so many others I was shocked and saddened when I heard of Susie’s diagnosis and sudden passing, however we got to have some great conversations in those last weeks and I know people from all over the world rang to chat and thank her for the wonderful contribution she made to squash over the years.

The manner in which she so pragmatically accepted her fate is testimony to the enduring positive attitude she gave to everything in life.  Just the week before she died, she sent me all her diaries of the trips and teams that she managed going right back to the early 80’s. This was really a trip down memory lane and a reminder of what an exceptional and extraordinary person she truly was. We laughed together recalling those trips and agreed that what happens on tour will stay that way.

There is no doubt Susie made an enormous impact on every person and organisation that she was involved in.

But on a personal note, and I acknowledge I didn’t fully appreciate it as a youngster, she provided me with the right platform and environment to succeed. We had some great trips, full of lots of drama at times and lots of laughs. Nothing put Susie off her stride and even in the most difficult moments she always had a smile and a diplomatic way to solve even the most gnarly problems.

Her long list of achievements and accolades speak for themselves. Susie was a champion person who made the world a better place and certainly a shining example of dedicated service always given with style and grace. My condolences to Jon, Robin Andrew and Jeremy and thank you for sharing your mother with us. I hope someone in the family has inherited the recipe for Susie’s famous shortbread.”

As a special way of recognising Susie’s outstanding contribution to squash we would like to invite anyone who knew her to send us their tributes, stories, photos or memories. These will be collated into a gift from the wider squash community and passed on to her family; please send your contributions to jonathan@squashnz.co.nz