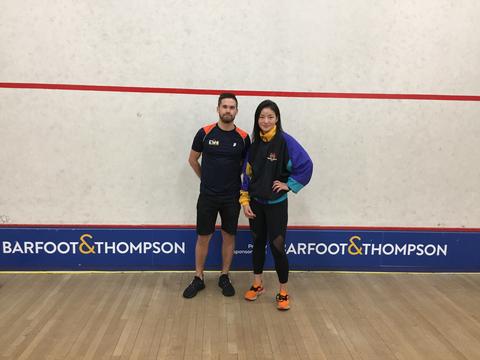 The first tournament of the Barfoot and Thompson Summer Series was completed at the Henderson Squash Club with mixed results for the Kiwi top seeds.

Ranked 91 in the world the Wellingtonian defeated 17-year-old Aucklander, Elijah Thomas 12-1, 11-1, 11-3 in the men’s final controlling the match at will against the inexperienced teen.

Thomas is aiming to make the New Zealand team to the world juniors on the Gold Coast later in the year while Williams is coaching in Wellington.

The women’s final was won by Korean, Yeonsoo Yang ranked 286 over top seed Abbie Palmer of Auckland 11-8, 11-6, 11-7. Yang, who is part of a large group playing in the five tournament series chased down all shots and barely making an error in the match.

The next tournament in the Barfoot and Thompson is at Eden Epsom this week followed by the Auckland Open at the North Shore Club.