New Zealand squash pro, Paul Coll has moved up a spot to a joint career-high world No.5 ranking after the PSA Men’s World Rankings for October were released this morning. 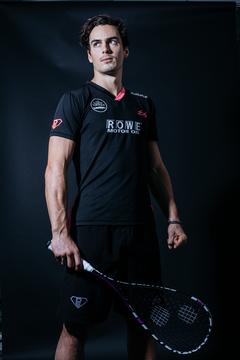 The Greymouth player, known on tour as ‘Superman’ for his incredible feats of athleticism, rose one spot ahead of Germany’s Simon Rösner, who drops down to No.6.

The second ranked New Zealand player is Campbell Grayson who is 35th.

Joelle King remains at world No.6 in the women’s rankings.

Coll, Grayson and King are all playing in the US Open in Philadelphia in early October