Joelle King Up To No.3 In World Rankings and Paul Coll Also At New Career High No.6 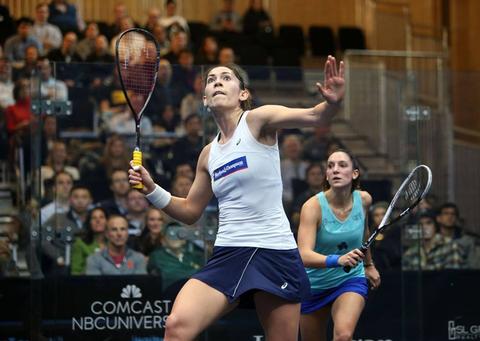 Two new career highs for New Zealand squash pros, Joelle King and Paul Coll as they edge closer and closer to the top of the world rankings.

King has risen one place to become the new world No.3, while Coll has also improved one spot to a new career high of No.6 in the latest ranking released overnight.

King, 30 from the Waikato made the semis of the recent Tournament of Champions last month in New York after earlier winning her first PSA Platinum title in Hong Kong in November. She moves ahead of Egypt’s Nour El Tayeb in the rankings and sits behind Raneen El Welily and Nour El Sherbini both from Egypt.

Coll, the highest ranked Kiwi male since Ross Norman in 1993, reached the quarter-finals of the Tournament of Champions at New York’s Grand Central Terminal and as a result, the 26-year-old has risen a place to overtake Colombia’s Miguel Angel Rodriguez.

Both King and Coll will play in the PSA World Championships in Chicago, February 23 – March 2 as their next tournament.