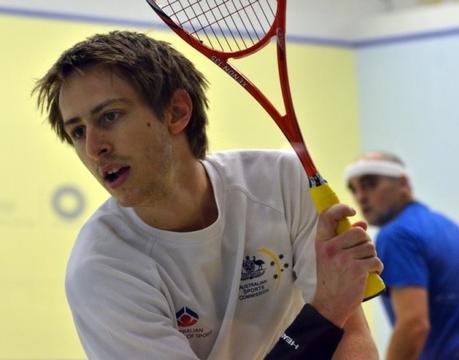 It was tough going in the opening round of the PSA US$10,000 Squash XL Open in Auckland with seeded players being pushed all the way by their opponents.

Even in-form player and top seed from Australia Rex Hedrick struggled in his contest against Japanese qualifier, Ryunosuke Tsukue. Hedrick ranked 61 in the world was made to work hard, taking just under an hour to beat his opponent 13-11, 8-11, 14-12, 11-7 and now has a clash with Kiwi sixth seed Evan Williams as his reward.

Williams, a beaten finalist at the recent New Zealand Nationals was taken to five games by Belgium’s Joeri Hapers in his first round match. He has now reached the quarters at his last three PSA events in New Zealand; Palmerston North, Invercargill and now Auckland.

Fourth seeded Frenchman, Victor Crouin took five games to quell Palmerston North qualifier Luke Jones. Jones had a two games to one lead, but ran out of steam against the 88th ranked teenage player from Europe who eventually ran away with the match ) 11-5, 9-11, 11-13 11-5 11-3.

New Zealand junior Anthony Lepper put in a good performance, but lost to world No.83 and tournament third seed Angus Gillams from England in straight games.

There was one upset in the first round as Indian qualifier Velavan Senthilkumar scored a straight game win over seventh seed Joe Green from England.

The tournament runs until Sunday evening with matches held at the Squash XL Club in Avondale featuring the only permanent glass court in New Zealand. Entry is free for spectators to watch and for those that cant make it to the courts the event will be live streamed HERE, HERE and on NZSquash.TV facebook page.