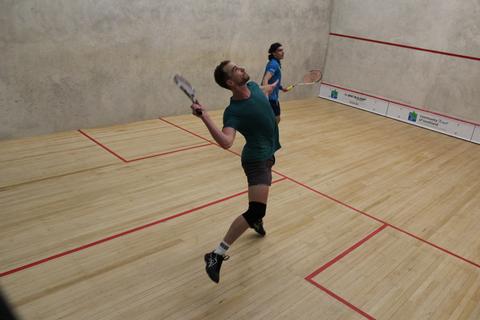 The PSA pro squash tour around New Zealand comes to a conclusion in Auckland this week with the US$10,000 men’s Squash XL Open in Auckland which features a wide variety of players including a couple of rising stars

Ten nations are represented in qualifying and main draw and five players ranked inside the top 100.

Main draw play starts on Wednesday 28 June with the finals on Sunday afternoon. One of the key pointers for the event is whether top seed and world No.61, Rex Hedrick from Australia can make a fourth final in a row. He was a finalist in Malaysia then in won his next event in Canberra before the Aussie Commonwealth Games rep was a finalist last week in Invercargill.

There’s just two Kiwis in the main draw, one of them is sixth seed, Evan Williams who reached the second round of singles at the Commonwealth Games and recently was a beaten finalist at the NZ Nationals. He has a current ranking just over 100 and is joined by New Zealand junior rep, Anthony Lepper who plays out of the XL Club which currently has the only permanent glass court in the country. Luke Jones from Palmerston North will join them after beating fellow Kiwi Lwamba Chileshe in qualifying 8-11, 11-9, 11-7, 11-9.

Fourth seed Victor Crouin of France is ranked 88th in the world and is still a teenager. He has one title to his name in 2018 and has reached the final at two others in the past six months. The 19-year-old who is also a student at Harvard had his birthday earlier in the month and is regarded as a top prospect and is included in the Squash FORWARD programme for the top eight male and female players under the age of 23 as agreed by the World Squash Federation (WSF) and Professional squash Association (PSA).

Other seeds at the tournament include No.2 Australian Josh Larkin at 76 in the world who was a semi finalist at both the PSA events at Invercargill and Palmerston North, followed by third seed Angus Gillams from England at 83 in the world. Rhys Dowling (Australia), Joe Green (England) and Irishman Sean Conroy make up the remaining seeds.

Entry is free for spectators to watch and for those that cant make it to the courts the event will be live streamed HERE, HERE and on NZSquash.TV facebook page.

The draw for the first round kicks is as follows;