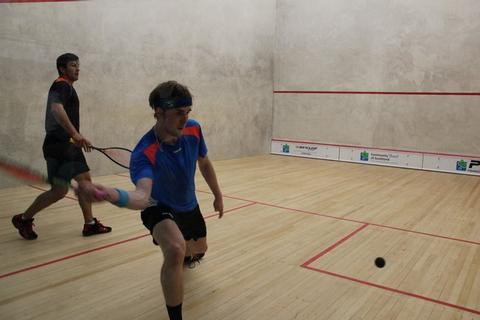 International squash continues its tour of New Zealand with the latest PSA tournament being held in Invercargill this week.

The US$10,000 men’s 2018 Southern Open tournament supported by the ILT Community Trust of Southland and being held at Squash City, Invercargill has six players ranked inside the world’s top 100 and a number of Commonwealth Games competitors as well New Zealanders.

The top seed is Malaysian Ivan Yuen who won in Palmerston North just over a week ago in what was his first PSA title since 2015 and his seventh career title overall.

Yuen was part of a rapidly improving Malaysian team at the Gold Coast Commonwealth Games. He is followed in the seedings by Rex Hedrick ranked 61 from Australia who reached the third round of singles at the Gold Coast. The 29-year-old won the Canberra PSA event last month beating Invercargill tournament eighth seed Adeen Idrakeie in that final.

Australian Josh Larkin who reached the semis at Palmerston North is the tournament third seed with Englishman, Angus Gillams the fourth.

French player Victor Crouin is seeded fifth and ranked 88th while Aussie Rhys Dowling is seventh seed at 100 in the world.

The seventh seed is Kiwi Evan Williams from Wellington. The New Zealand Commonwealth Games player made the final of the New Zealand Nationals over the weekend before being defeated by top 10 player Paul Coll.

The 28-year-old Williams at 108 in the world takes on Irishman Sean Conroy ranked 143 in the first round on Thursday evening.

Wellington’s Scott Galloway is the only other New Zealander with direct entry into the main draw and he’s up against the second seed first up. In qualifying Luke Jones (Palmerston North) defeated Commonwealth Games doubles player Zac Millar from Waikato to join Evan and Scott in the main draw.

Nations involved in the tournament which runs from Thursday 21 to Sunday 24 June include, New Zealand, Australia, India, Japan, Malaysia, France, England, Belgium and Ireland. The event will be live streamed HERE and on SquashCity Facebook page.