Top Seeds Through To Semis At National Squash Champs In Auckland 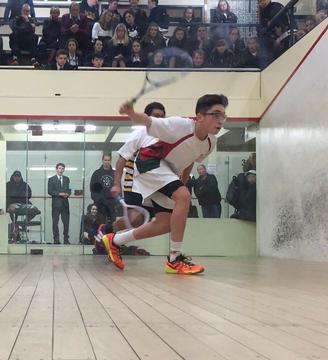 The top four seeds in the women’s draw reached their predicted places in the semifinals at the New Zealand Squash Nationals in Henderson.

Top ranked Joelle King, the world No.4 and winner of the singles and women’s doubles gold medals along with the mixed bronze medal at the Commonwealth Games on the Gold Coast cruised through her quarter-final against Auckland Juee Bhide and will now take on fourth seed Abbie Palmer, formerly of Northland and now out of Auckland.

Palmer, 20 has a world ranking of 83 and overcame Ellie Epke in five marathon games in her quarter-final.

The men’s semifinals features three of the top four seeds with just the fourth ranked Luke Jones from Palmerston North falling in the quarters. Jones was beaten in four games by teenager, Gabe Yam from the Belmont Park club. Yam is a member of the New Zealand team travelling to the world junior champs in India next month.

World No.10 Paul Coll eased into his semi with a straight game win to set up a match with Yam, while second seed Evan Williams faces another Commonwealth Games team member, third seed Lance Beddoes in the other men’s semi.

All semifinals are played on Saturday afternoon and early evening with the finals Sunday afternoon.