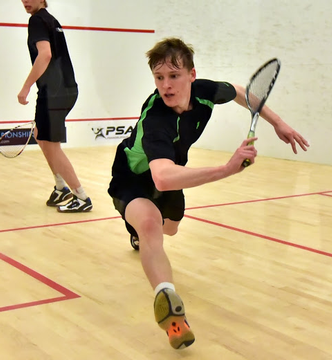 Squash New Zealand is tapping in to current knowledge to help enhance New Zealand’s young talent and develop new players for the future of the sport.

Professional player, Ben Grindrod has been confirmed by Squash New Zealand as a mentor and ambassador for the Youth Olympics later this year where he will work with the two selected players Matthew Lucente, 17 (Belmont Park Club, North Shore) and Kaitlyn Watts, 17 (Palmerston North) who are the representatives for this prestigious event to be held in Buenos Aires, Argentina, 7-12 October 2018.

Squash is a demonstration sport in the Youth Olympics where it aims to showcase itself with an eye towards future full Olympic Games approval.

For the 24-yer-old from Tauranga the chance to travel with two talented players to such a special event is something he is looking forward to. He is putting his PSA pro career on hold for the moment to work with younger players and give something back to the sport.

“To be an ambassador for New Zealand at an international event such as the Youth Olympics is a massive opportunity and I'm excited to use my knowledge of squash to help young New Zealand players,” said Grindrod.

Up until recently Grindrod had played on the PSA world tour around the world and continues to train and play in domestic tournaments in New Zealand.