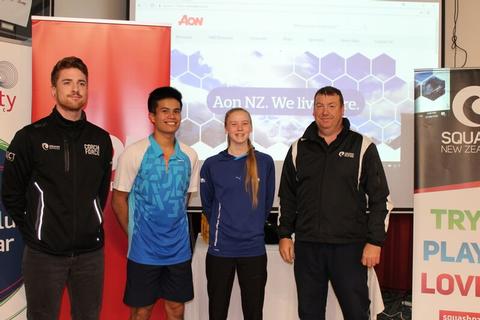 Squash NZ ambassadors for the Youth Olympics were announced following the NZ Junior Open played at Squash City Invercargill over the weekend.

Squash NZ is pleased to announce Matthew Lucente and Kaitlyn Watts have been selected as our representatives for this prestigious event to be held in Buenos Aires from 7 - 12 October 2018.

“I am truly humbled and excited to be an ambassador for Squash NZ at the Youth Olympics. By showcasing the sport in a more international stage, I hope that this will lead to squash being recognized as an Olympic sport 2028”.

“I feel privileged to have been chosen to represent NZ and Oceania at the upcoming Youth Olympics, and will do all I can to showcase our sport to the world”.