Tough Loss For Kiwis In Mixed At Squash 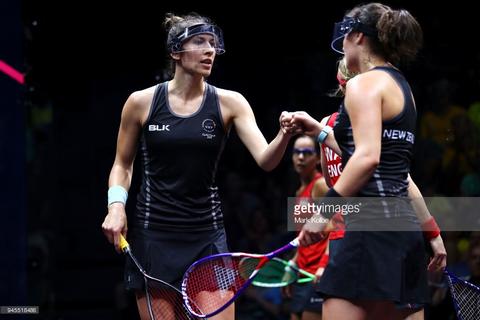 It couldn't have been any closer, but that's what doubles in squash is....close proximity to your partner and opposition as well as close scores including sudden death points at 10-10.

And it came down to 10-10 in the third game as to whether top seeds Joelle King and Paul Coll would make tomorrow's (Saturday) final or the Indian pair of Dipika Pallikal Karthik and Saurava Ghosal.

The first game went the way of the Kiwis in what was a tight contest with the scores at 9-9 before King and Coll took it 11-9.

In the second game the Kiwis were ahead 6-5 after King had been hit in the chin a couple of points earlier. Scores reached 8-8, but the Indian pair were able to pull away on the next three points for an 11-8 win.

In the final game scores ran close until a service fault was called against Coll at 9-8 ahead to make the scores equal. The Indian's then won another point before scores became locked at 10-10 and sudden death match point. In the resulting long rally it was a matter of which team would break first.

Unfortunately it was the Kiwis as a forehand drive by King hit the tin and the match was won 11-10 by Pallikal Karthik and Ghosal in 50 long minutes.

The devastated Kiwi pair will still play in the bronze medal match at 6pm local time (8pm NZT) on Saturday against the England team of Alison Waters and Daryl Selby.

"It's one of those matches which could have gone either way," said King. "We obviously came to win gold. It came down to the last point. We left everything out there."

"I wanted nothing but gold," said Coll who had earlier in the day lost his men's doubles quarter-final with Campbell Grayson in three games to an Aussie pair.

Coll has now played 14 matches in singles, men's doubles and mixed over every day of the Commonwealth Games, with one more match remaining in the mixed bronze medal playoff.

For King she has the women's doubles semifinal with Amanda Landers-Murphy against tough Australians Rachael Grinham and Urquhart tomorrow (Saturday) at 2pm local time (4pm NZT). The match will be the 14th for King over the course of the Commonwealth Games with the mixed playoff her 15th. 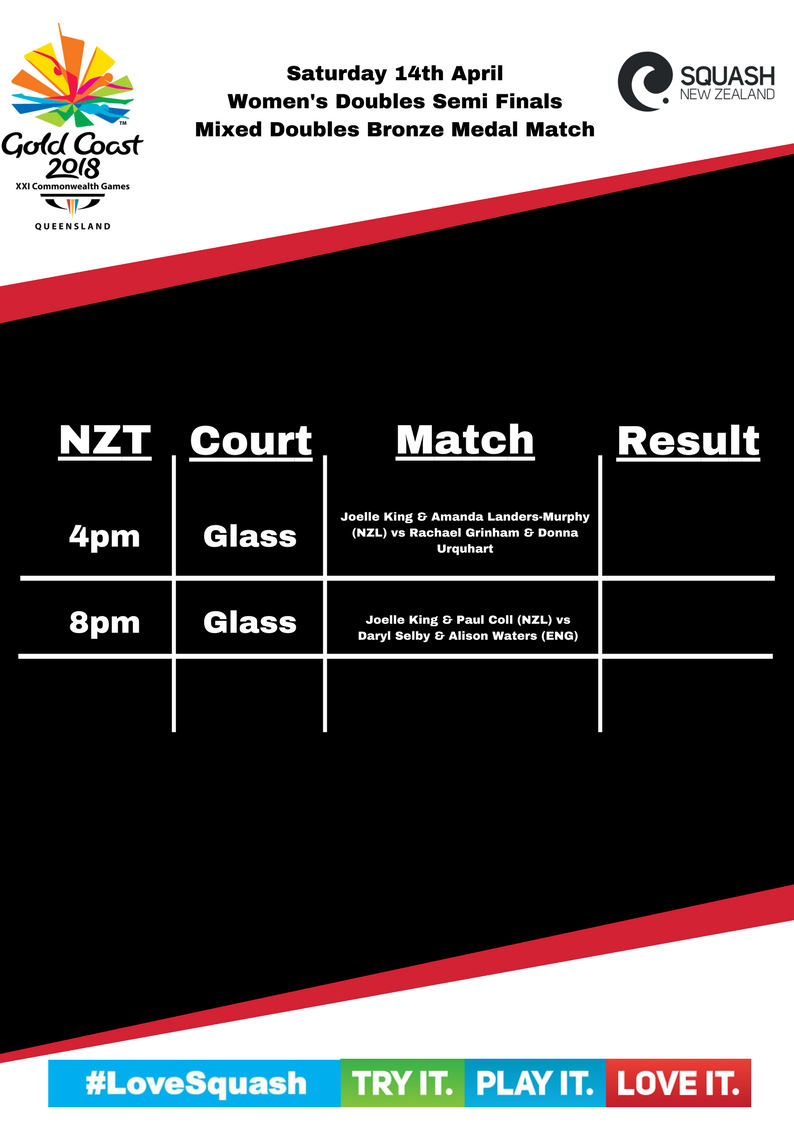