Big Evening Of Squash As Kiwis Aim For Medal Rounds 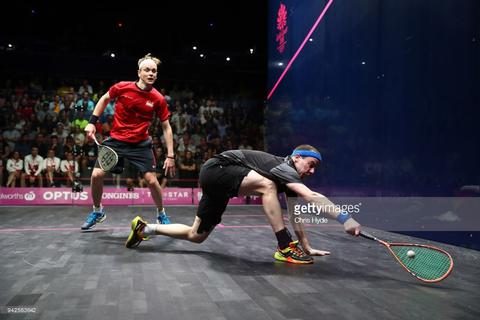 New Zealand's best are in action this tonight in a big evening of squash at Oxenford Studio (Movieworld) on the Gold Coast.

Both Joelle King and Paul Coll play quarter-final singles matches in a bid to make the medal rounds the following day.

Seeded second and ranked fourth in the world Joelle King, 29 will play 8th seed Joshna Chinappa (India) who has a world ranking of 14 at 7.30pm local time (9.30pm NZT). Chinappa is an experienced campaigner on the PSA tour and has had some solid performances so far in the competition. The last time they played was in 2016 with King the winner in four games.

Meanwhile world No.9 Coll has a contest with fifth seed Daryl Selby of England in the last eight at 8.15 local time (10.15 NZT). Selby has a current ranking of 19 in the world, but has been ranked higher for large parts of his career. The last time the played was in the third round of the world champs in December where Coll was the winner in third round in four games.