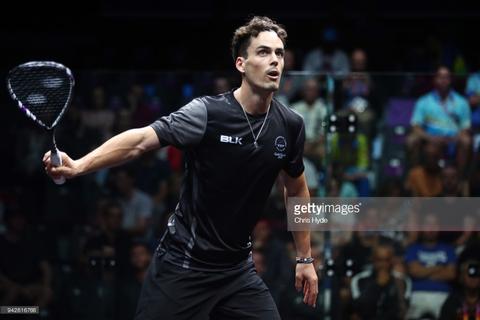 Kiwi squash pros Joelle King and Paul Coll have won through to their respective women's and men's singles quarter-finals at the Gold Coast Commonwealth Games.

King, 29 and currently ranked No.4 in the April rankings had a stutter along the way to her victory but still managed to win her match against a potential rising star of the game. King beat 19-year-old Sivasangari Subramaniam (Malaysia) 11-3, 9-11 11-7, 11-3 in 36 minutes.

The Kiwi will now play 8th seed Joshna Chinappa (India) who has a world ranking of 14 at 7.30pm local time (9.30pm NZT). Chinappa is an experienced campaigner on the PSA tour and is 31-years-old and has had some solid performances so far in the competition.

"She (Subramaniam) was a dangerous player. She was able to dominate the middle in the second game. She was an unknown to play against, but someone who is coming through on the tour and definitely one to watch," said King.

"My next match is a couple of old girls....We've played each other many times before, we know how each other plays."

"Today I'm happy to get a good match on the glass court. Ivan and I have had a couple of good battles over the years, so I was good to get a confident win. I've played Daryl a few times and generally come out on the winning side, but it will be another tough match," said Coll.

The news wasn't quite as good for 10th seeded Kiwi Campbell Grayson who was defeated by fourth seed and world No.14 James Willstrop in a disjointed match.

"It was frustrating. He's (Willstrop) a big guy. He's not doing it deliberately. I just couldn't finish a full swing and follow through and felt I was getting squeezed into the corner. It was a tough draw, he's a former world No.1, I'm disappointed and I'll now have to recuperate and look forward to the doubles next week. " said Grayson who was in his fourth Commonwealth Games.

The New Zealander had her opportunities, particularly in the second game where she had a four point lead, but the experience of the 34-year-old Massaro showed through as she controlled a couple of vital points on the show court.

"I got a few points up, but just tensed up a bit. I didn't get a lot of time to practice on the glass court, but Laura played well in the match," said Landers-Murphy who has a current PSA ranking of 41 in the world.

The full Day 3 Schedule can be found below. 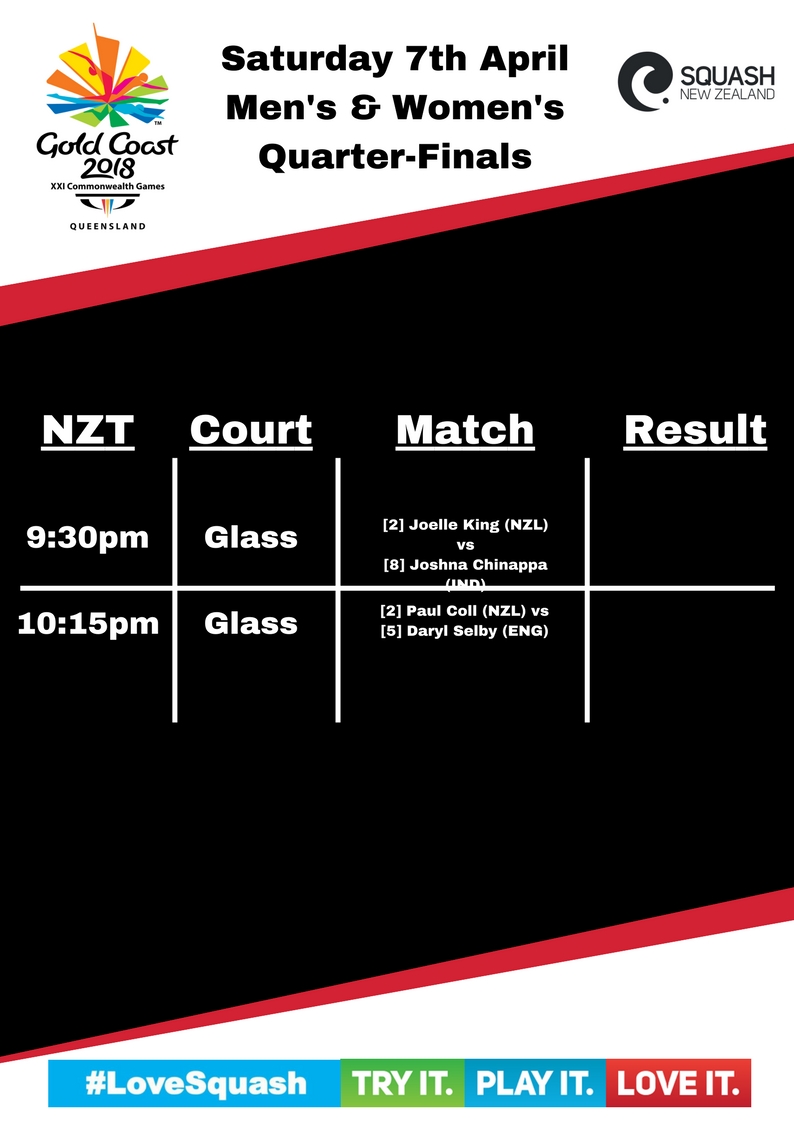