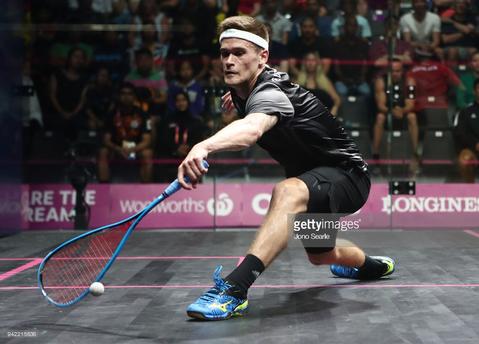 Four out of five New Zealand squash players have won through to the last 16 of both men's and women's singles draws after a busy day one at the Gold Coast Commonwealth Games at Oxenford Studios (Movieworld).

Tenth seed Campbell Grayson in his fourth Commonwealth Games and newcomer Evan Williams both won their first round matches in straight games over Jason-Ray Khalil (Guyana) and Jacob Kelly (Cayman Islands) respectively and then had to back up later in the evening.

Three Kiwis had a bye into the second round and all were winners of the opening matches.

Eleventh seed Amanda Landers-Murphy was satisfied with her win saying "It's good to get the first up victory," as she defeated Mihiliya Methsarani of Sri Lanka in three games, however she now faces top seed Laura Massaro from England at 2.45pm (4.45pm NZT) on the main glass court.

Paul Coll won his first round match over Zambia's Kelvin Ndhlovu 11-5, 11-7, 11-2 and is now set up to clash with Malaysian Ivan Yuen in the fourth round. Coll has the second seeding in the singles and a current ranking as of this week of No.9 in the world, his opponent is 59th. The match is scheduled for 8.15pm on the glass court.

Current world No.4, but women's second seed Joelle King won her first round match over her Welsh opponent, Deon Saffery with ease and now takes on the 12th seed from Malaysia Sivasangari Subramaniam at 7.30pm (9.30pm NZT) in a bid to reach the quarter-finals of the competition. 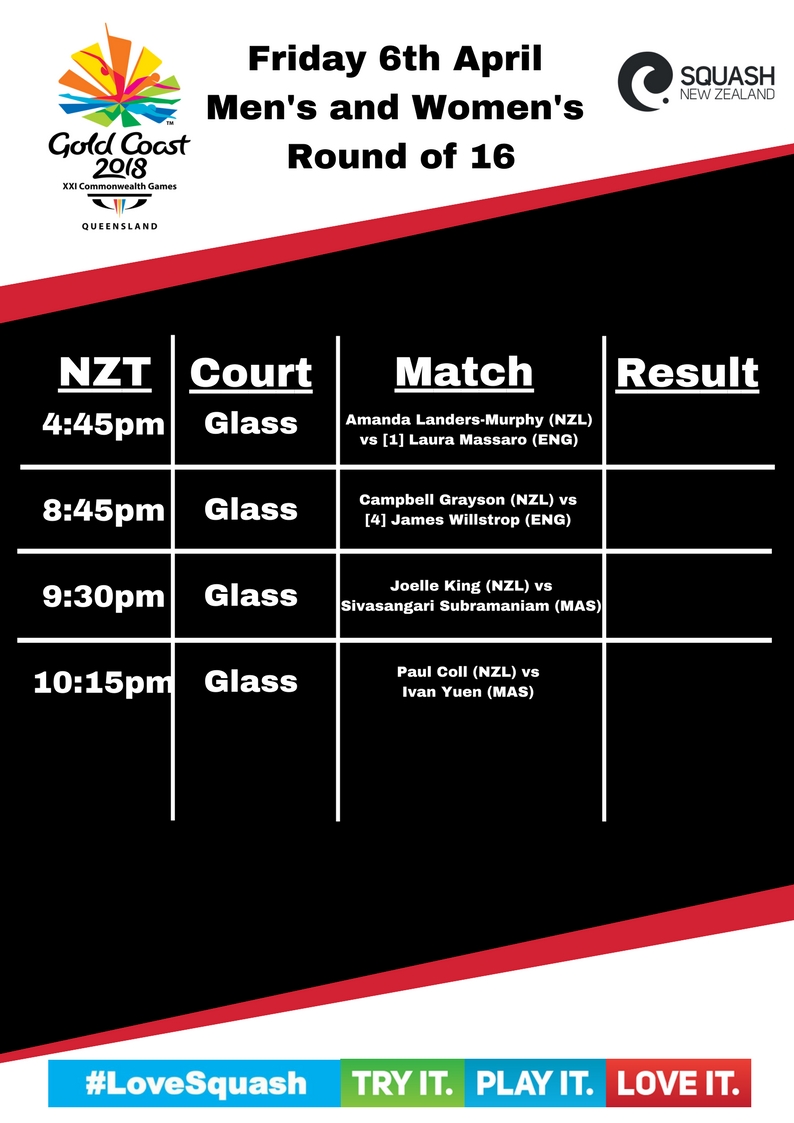