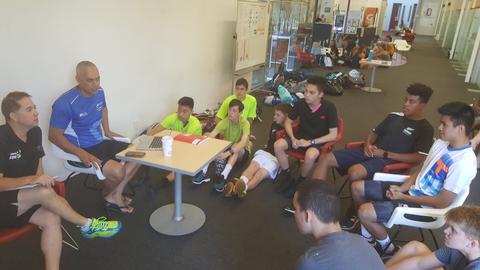 Today we take a look at our Elite Junior Boys Squad in our #LoveSquash campaign and look at who might be the next player to make it big on the World Stage.

The Elite Junior Boys Squad is aimed at developing our male junior players in preparation for World Junior Championships and future careers as professional squash players. These players will have their eyes on the prize of representing New Zealand at the 2018 World Junior Squash Championships in Chennai, India.

"Indian squash has had a history of conducting Mega squash events," said Debendranath Sarangi, President of the Squash Rackets Federation of India. "I am delighted that we have won the bid to host the WSF World Junior Championships 2018. The Indian Squash Academy in Chennai is a fantastic venue and we look forward to welcoming global players to our Championships."

India first staged the men's individual and team events in 2002, then both individual events together with the women's team championship in 2009 - in both years also in Chennai.

WSF President Jacques Fontaine added: "There have been World & Asian Championships regularly staged in Chennai - the Indian Federation provide excellent facilities as well as being great hosts. Taking this important WSF Championship to India will open another chapter that we look forward to."

The Elite Junior Boys Squad is coached by lead coach Glen Wilson and Assistant Coach Manu Yam. The players in this squad are:

In similar fashion to our Elite Junior Girls these players have claimed a plethora of Age Group titles both in New Zealand and at Oceania level as well as being regular Trans-Tasman representatives. Matthew Lucente and Gabe Yam are the only 2 players to have represented New Zealand at a World Junior Championships competing in the 2017 WSF World Junior Championships Individuals event in Tauranga. Does this group hold the next Paul Coll or Ross Norman amongst them?