The Next Next Generation of Players 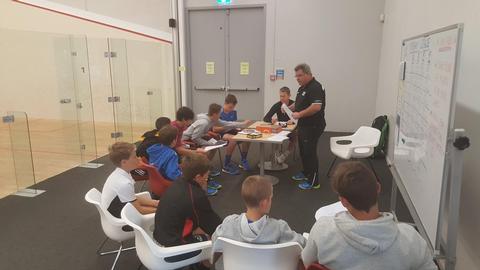 As we continue our #LoveSquash campaign this week we take a look at who will be our next next generation of squash players by looking at the Junior Development Squads.

The Junior Development Squad is aimed at developing and recognising our most talented young players and beginning them on their pathway to a future career as professional squash players.

Tom Marshall is the only other player in the squads to have claimed an international title to his name having claimed the 2018 Under 13 Oceania Junior Championships title. Freddie Jameson was the first of the group to claim an Age Group title when he took the 2015 Under 11 South Island Age Group Title, he then took his next title in 2016 where he claimed the Under 11 NZ Junior Age Group Title.

We can’t wait to see what these players will achieve in the coming years but keep an eye out as they are sure to move onto big things and potentially be our next Commonwealth Games Stars!