The 2018 NZ Doubles Champs comes to Auckland in March 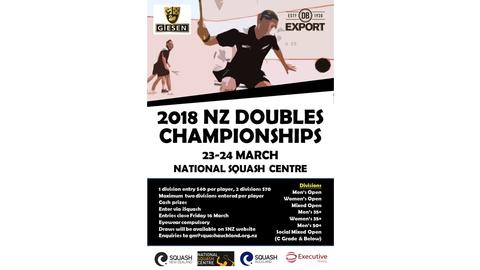 The first national event for the 2018 season is the NZ Doubles Championships, and will be held on the official doubles courts during the weekend of 23-24 March at the National Squash Centre in Mt Albert, Auckland.

The tournament offers varying divisions for players of all ages and abilities, and entries have already been received from all around the country. Players may enter up to two different divisions. The divisions available are;

The entry fee is $40 per player for one division, or $70 for two divisions. There will be cash prizes up for grabs and eyewear is compulsory for all players. Local players may be required to play Thursday night.