Lance Beddoes Competes at the Commonwealth Games For The Second Time 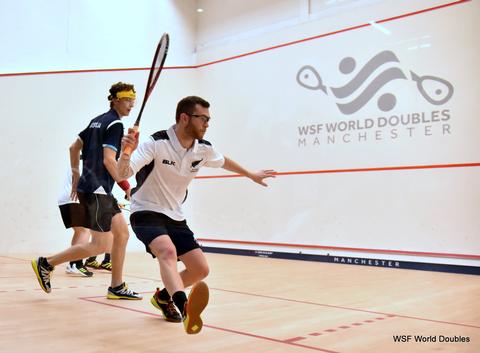 As we get close to rounding out our profiles on our players competing in the 2018 Commonwealth Games and our #LoveSquash campaign, today we look at Lance Beddoes and where he has come from to get selected for the second time to represent New Zealand at the Commonwealth Games.

It was in 2010 that Lance got selected for the World Junior Mens Championship team to compete in Quito, Ecuador where Lance finished in the top 32 of the event and helped the team to get a 6th place finish in the teams event. Lance next represented New Zealand in 2014 at the Glasgow Commonwealth Games where he was paired with Paul Coll in the Men’s Doubles event. In 2017 Lance put the Silver Fern on to compete at the World Doubles Championships in Manchester, England where this time he was paired with Evan Williams for the Men’s Doubles event.

Gold Coast 2018 will be Lance’s second Commonwealth Games and he will compete in the Men’s Doubles (with Evan Williams). Lance was born in Auckland and splits his time during the year between Auckland and the United Kingdom. Lance is currently coached by Hadrian Stiff, he is 25 yrs old and is of NZ European ethnicity.

We look forward to what the dynamic duo of Lance Beddoes and Evan Williams will bring for the 2018 Gold Coast games.