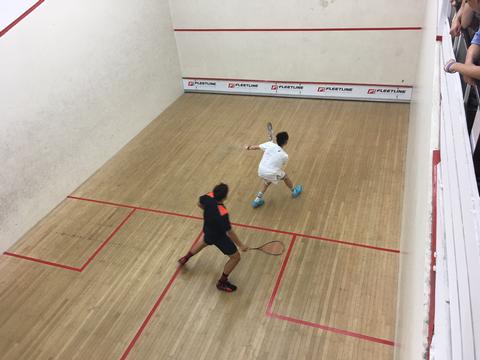 The top two seeds have advanced to the final of the Men’s Open division at the 2018 Auckland Open & PSA Closed Satellite after two rounds of matches today at the Remuera Rackets Club.

The major upset in the quarterfinals was Auckland Junior Gabe Yam defeating tournament second seed and 2017 NZ representative Ben Grindrod in four games. In the semi-finals it was youth versus experience in both matchups. First on court was top seed Evan Williams against 2017 Junior U19 champion Matthew Lucente. Lucente has had chances throughout the match but was unable to capitalise as Williams won the match in three games. The second semifinal saw second seed Zac Millar take on the number two junior in the country, Gabe Yam. Like Lucente, Yam has his chances but Millar managed to come out on top to set up a final showdown between the two Commonwealth Games teammates.

In the Women’s draw the top four players all progressed through to the semi-finals relatively untroubled. The first semifinal between top seed Kaitlyn Watts and Ellie Epke turned out to be a one-sided affair with Watts picking up a comprehensive win in three quick games. The other semifinal saw fourth seed Jo Shanks overcome the second seed Rebecca Barnett in a tight four games.

Sunday matches begin at 9.30am with the Women’s Open Final to be played at 3.15pm Sunday and will be followed on by the Men’s Open Final at 4pm. Entry is free for all spectators.