Profiling One of The Queens of Squash Joelle King 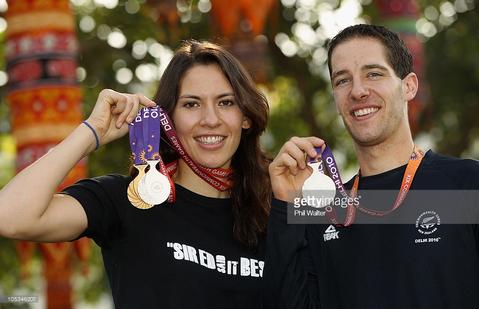 As we continue to look at Joelle King this week in our #LoveSquash Campaign we go back to where it all began for Joelle and her plethora of successes to date.

If you add in 11 PSA World tour titles many would be jealous of Joelle’s long list of achievements. Joelle’s first PSA World Tour Title win came in 2008 at the North Island Championships where she took out Jackie Laurenson in the final. The next 3 wins for King came in 2009 at the NSW Open, Victorian Open and Australian Open. In 2010 King lifted the Texas Open title, however it wouldn’t be until 2012 in Macau that King would claim her next title, however upon claiming this title King would secure her spot inside the top 10 for the next 2 years. 2014 saw King claim the Greenwich Open title and make good progress as she solidified her place in the top 4 in the World. At the 2014 New Zealand Senior Nationals things would take a sudden turn for King in what could have been a career ending moment, but more on that later. 2015 King broke back onto the PSA World Tour claiming the 2015 Australian Open and since then she has claimed the 2016 HKFC title and the 2016 Macau Open. King’s latest, and arguably her biggest win came 2 weeks ago when she took out the 2018 Cleveland Classic defeating the current World Champion Raneem El Welily in 3.

Alongside all of these International achievements and New Zealand appearances King has also claimed the New Zealand Senior Women’s championship title 6 times (2010, 2011, 2012, 2013, 2015 and 2017). 2016 King missed the Senior Nationals due to a clash with the Hong Kong Open, but the 2014 Senior Nationals is one King, and many of New Zealand, will remember for a number of reasons. King was due to fly out to Hong Kong on the Friday night and with the Senior Nationals being played during the week the finals had been scheduled for Friday afternoon. 2014 needless to say had been an exceptional year for King, a Commonwealth Games Bronze medal in the Women’s singles and a solid spot in the top 4 in the world, it seemed as everything was coming together. King was looking strong in her Women’s final against Megan Craig and then part way through the second the unthinkable happened as she ruptured her achilles. King was immediately rushed to the North Shore hospital and within a few days she was having surgery to repair the injury. Many of us have heard of these being career ending injuries and the mental determination to come back from these kind of injuries can be tough, however King has taken this injury well and come back stronger wit her rehabilitation managing to push through these tough times to come out the other side. Upon King’s return the game had changed for her, the tin was now 2inches shorter, the Egyptians were becoming a force to be reckoned with and the game was as tough, if not tougher than when she had left, however King has reestablished her place in the top 10 in the world and shown she has what it takes to be the best. Needless to say in 2015 at the New Zealand Senior Nationals King was emotional upon her win after taking out Megan Craig to claim the title a year on from her achilles injury.

It’s an impressive career for King, with a Gold (Women’s Doubles 2010), Silver (Mixed Doubles 2010) and Bronze (2014 Women’s Singles) medal from the Commonwealth Games and 2x Gold Medalist in 2016 and 2017 at the World Doubles Championships in the Women’s and Mixed Doubles with Amanda Landers-Murphy and Paul Coll respectively King has certainly earned her spot in New Zealand squash history!

Gold Coast 2018 will be Joelle’s third Commonwealth where she will compete in the Women’s Singles, Women’s Doubles (with Amanda Landers-Murphy) and Mixed Doubles (with Paul Coll). Joelle is 29 yrs old (DOB – 30 September 1988) and is NZ Maori of Ngati Porou descent. We can’t wait to see what she will bring to these Games!