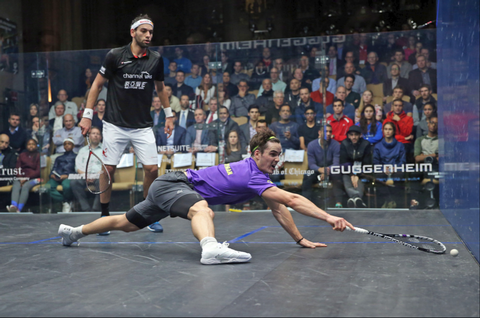 Two New Zealand Commonwealth Games squash team members are in Chicago for the Windy City Open as their preparation for the Gold Coast and medals takes another step forward.

Joelle King and Paul Coll have tough first up matches in their respective draws at the US$250,000 men’s and US$250,000 women’s world series event which runs until February 28.

Coll started the year with a second round appearance in New York, then made the final in Detroit and semis in Sweden.

Two other Kiwis; Campbell Grayson and Amanda Landers-Murphy were beaten in the final round of their qualifying draws at the Windy City Open.