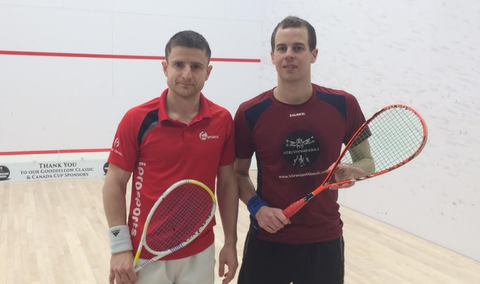 Kiwi squash pro Campbell Grayson has been beaten in the semifinals of the US$50,000 PSA Canada Cup in Toronto by the second seed from Ryan Cuskelly from Australia.

The Australian ranked in the world's top 20 defeated 41st ranked Grayson 11-3 11-5 11-7 in 52 minutes. Cuskelly kept his concentration at vital times while the Kiwi was given a conduct warning after a no let decision in the second set.

Earlier in the tournament, Grayson beat both the fourth and fifth seeds to make the semifinals.

Grayson from Auckland is a member of the seven-player New Zealand Commonwealth Games team.