King Starts Reign of the Games 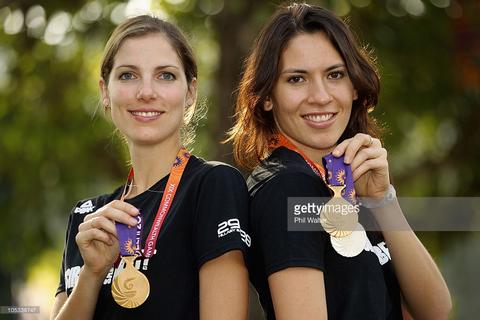 As we look to announce our 2018 Commonwealth Games Team and we continue our #LoveSquash campaign today we look back to the 2010 Commonwealth Games. 2010 will be a Games that many will remember for several reasons, squash continued its success on the court and Delhi hosted the Games for the first time.

Preparation for the Games received widespread international media attention, with criticism being leveled against the organizers for the slow pace of work, as well as issues related to security and hygiene. However, all member nations of the Commonwealth of Nations participated in the event, except Fiji, which was suspended from the Commonwealth, and Tokelau, which didn't send a team, in spite of threats of boycotts and athlete withdrawals. The internationally acclaimed opening ceremony improved the image of the Games and dispelled negative notions surrounding them, with many observers remarking that they began on an apprehensive note, but were an exceptional experience with a largely positive ending. The President of the International Olympic Committee, Jacques Rogge, said that India had made a good foundation for a future Olympics bid, which was reiterated by the Australian Minister of Sports. Commonwealth Games Federation chief Mike Fennell stated that "Delhi delivered a fantastic Games".

New Zealand sent a team of 6 to these Games with the team consisting of Campbell Grayson, Martin Knight, Joelle King, Jaclyn Hawkes, Tamsyn Leevey and Kylie Lindsay, with the team coached by Anthony Ricketts and Dave Clarke.

The Games took an interesting turn in late August where Shelley Kitchen was ruled out when she was diagnosed with pleurisy. Kitchen had given birth to her first child in February and had looked set to compete at the Games, however, Doctors advised against it. Kitchen was replaced by Kylie Lindsay at this point and the team was ready for a strong performance.

King took to the stage in exceptional fashion, having already been a regular representative for New Zealand at a senior and junior level it was time for her to show her worth on one of the biggest stages in squash. King had been knocked out on Day 3 of the Singles event and was looking forward to putting a big push in the Doubles.

In the Women’s Doubles King was paired with Jaclyn Hawkes. Jaclyn grew up in Hong Kong and lived there until she was 15 when she moved to New Zealand. She started playing squash aged five because her mother Judy was a New Zealand representative and is an ex-World Masters champion. While Jaclyn played squash when she was younger she was much keener on playing tennis (her father was a Davis Cup player for New Zealand), hockey and netball. However, when she moved to New Zealand she made the New Zealand Junior team and traveled to Antwerp for the World Juniors in 1997 and really began to enjoy playing squash. It was after making the New Zealand Senior team in 2004 and competing in Amsterdam at the World Teams event that she decided to make squash her profession.

Jaclyn was based in Halifax in England after having completed a double degree in law and commerce in 2004 and played squash full time. She reached a career-high world ranking of World No. 12 in December 2010.

King and Hawkes had limited experience playing together so it was going to take a lot of work and cohesion for them to pull off a big win! The players found their rhythm quickly and it looked like the pair were seasoned doubles experts with them working hard throughout the event. The players came through to the final and never looked back as they took the win from England’s Jenny Duncalf and Laura Massaro. 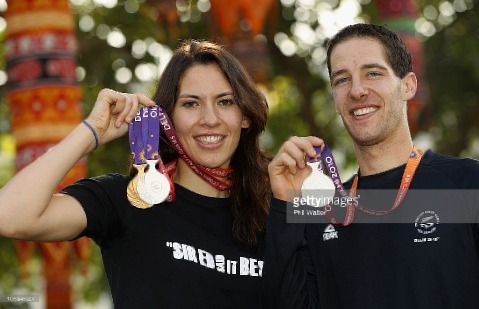 There was no rest for King as she recalls playing her Women’s Final match, winning gold, coming off the court, walking around the back of the court changing her shirt on the way to then step back on to play her Mixed Doubles. King was paired with Martin Knight and the players put everything on the line during their match against the Australian pairing of Cameron Pilley and Kasey Brown, but it was not meant to be as the pairing brought home the Silver medal.

The Games rounded out and it was one King will never forget as she was named the flag bearer for the closing ceremony, one she was shocked with but it was hard to argue considering she was one of the most successful athletes at the Games. The Games were finished and 2014 was in the eyes of the squash public for our next chance at medal success.