Squash NZ is delighted to announce that James Cooper will join the NZ Junior Boys Team to compete in the World Junior Individual Championships. 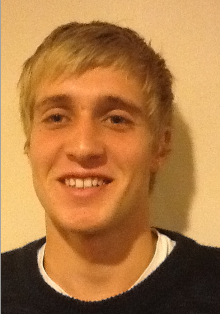 an invitation to join the New Zealand Junior Boys Team to compete in the World Junior Individual Championships. The individual event runs from 7th-12th July with the Teams event following immediately after from 13th-18th in Doha, Qatar.

James was announced as the reserve player for the team last Sunday, following three very consistent selection events during which he pushed a number of the team members very hard in close-fought matches.

"James has proved his commitment throughout the summer by making incredible fitness gains as well as adding to his tactical and technical abilities as a high performance squash player. For these reasons, I feel relieved and comforted to know that we have a player of James' stature as back up for the team. Although this was not in the original plan, it made complete sense to offer James the opportunity to travel as part of the New Zealand Squad to compete amongst the world's best juniors, and in doing so, continuing to train alongside the four team members in preparation for the event. Should a team member suffer injury or illness which prevents them from taking part in the teams' event, we will have a seamless replacement in James" said Team Coach/Manager, Paul Hornsby.