A Busy Weekend Ahead for Joelle King

A big challenge for New Zealand squash star Joelle King at the Angelsea Motel Waikato Open in Hamilton this weekend.

King is lining up in both the women's and men's o 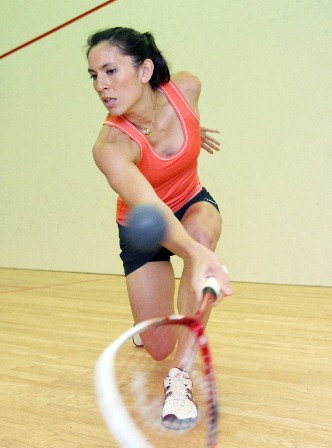 pen draws, in what is potentially a very busy weekend for the 23-year-old from Cambridge.

Not surprisingly, the world number 12 is top seed in the women's event, where she is expected to add yet another crown to her ever increasing collection.  Her most likely opponent in the final will be either Cantabrian Megan Craig, one of the rising stars of New Zealand squash, or Bay of Plenty's Amanda Landers-Murphy who reached a career high world ranking of 51 on this month's list.

In the men's event, King faces a tough first-up task against Sam Atkins from Wellington.  Auckland's Mike Corren is seeded to win the tournament, but will have to be at his best with a number of other players also capable of taking the title.  Second seed Evan Williams from Wellington will fancy his chances of upsetting the seedings, as will the Auckland pairing of Paul Coll and Alex Grayson, seeded third and fourth respectively.