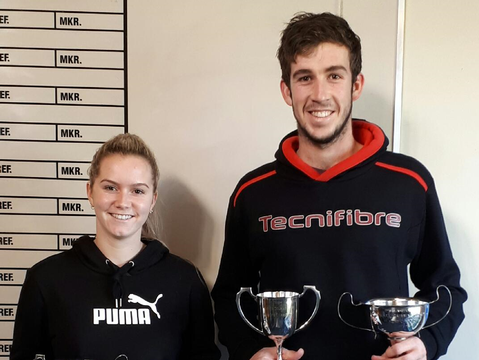 Chris Van Der Salm and Abbie Palmer have claimed the 2017 South Island Championship titles over the weekend down at the Otago Squash Club.

In the Women's Open Abbie Palmer was too strong for her opponents taking out Rangi Clark in round 1 in 3, she then proceeded on to take out Samantha Cross in the Semi-finals in a strong 3 before claiming her title with a win over Sophie O'Connell in 3 as well.

Congratulations to the Otago Squash Club on the event.

Full results from the weekend can be found on iSquash here.