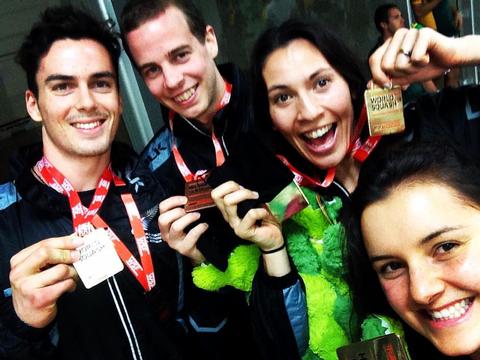 Hosts England will lead 12 nations that have confirmed entry for the 2017 WSF World Doubles Squash Championships which will take place at the National Squash Centre in Manchester between 1-5 August.

The 5th World Doubles Championships, which will feature Men's, Women's and Mixed events and will be hosted by England Squash, come just a year after the Australian city of Darwin staged the 2016 championships - in which medals were shared between the hosts, New Zealand, Scotland, India and Malaysia.

The 5th World Doubles Championships will provide ideal preparation both for the 2018 Commonwealth Games in Australia - where doubles squash will be a feature of the Games for the sixth time since 1998 - and also the for Pan American Games the following year.