The April world ranking lists have brought good news for New Zealand squash fans, with many Kiwis rising in the world rankings.

Martin Knight has risen three places to 42, and Campbell Grayson has moved up two spots to 49 - re-entering the top 50 (where he belongs!) for the first time since January 2011.  Joelle King is steady at number 12 in the world.

Kashif Shuja has dropped seven places to 90, and Jaclyn Hawkes has also gone down one place to 17.  However Kylie Lindsay, Amanda Landers-Murphy and Megan Craig have all risen two places each, to 46, 55 and 87 respectively.  Evan Williams is up one to 128.

Keep up the good work, and hopefully the May rankings will bring more good news. 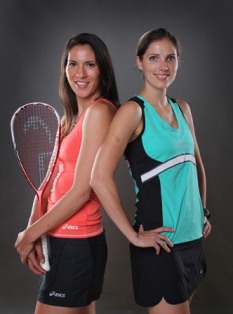