Kylie Lindsay has come from second seed to take out the ACT Open in Canberra over the weekend.

Kylie, of the United Matamata Squash Club, faced four Australians on her way to the title, and obviously thrived on the trans-Tasman rivalry, beating them all to win the fourth WSA title of her professional career.  In the final she faced Melody Francis (ranked 34 in the world to Kylie's 48), and won a close fought match 11-5, 6-11, 11-8, 11-3 in 38 minutes.  The top-seeded Francis later conceded that Kylie had been too sharp for her.  An excellent result for Kylie, well done.

There were five Kiwis in the men's draw, who also achieved some solid results.  Alex Grayson and James Skiffington fell in the first round, Lance Beddoes in the second, while Chris Lloyd reached the quarter-finals, and Paul Coll lost in the semi-finals. 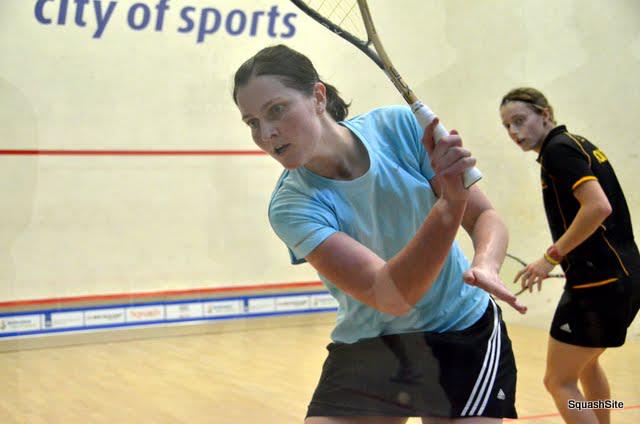