Historically, at national events such as the Junior Open, the men's final is held last, as the show-case finale for the tournament, but in 2012, the Year of Women's Squash, the girls final will be the highlight of the NZ Junior Open at Remuera in April.

Pennie Ball, Development Director for Squash NZ and coordinator of the national campaign says "This one small act will help to show the squash world that we value women and girls squash as much as the men's game. We hope that other club and district tournaments will also do the 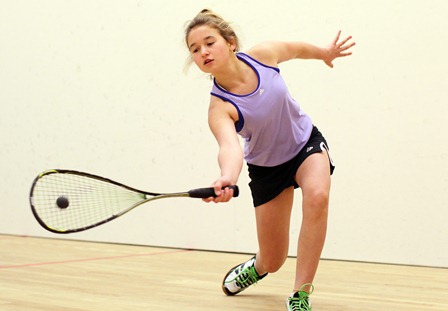 The year of Women's Squash is a national campaign to encourage Districts and clubs to focus on promoting squash to women and girls, to encourage them to participate more in our sport.

Find out more about the campaign and what clubs around the country are doing on the dedicated web pages here.

The 2012 New Zealand Junior Open will be held at Remuera Rackets Club over the weekend of 13-15 April and entries are now open. Always one of the most popular national events of the year, the New Zealand Junior Open does not split players into different age groups - all entrants under 19 years of age are seeded based on merit and play off for the Panmure Squash Club Cup (boys) and the Dr TC Childs Silver Cup (girls).

Entries can be sent to aileen@rrc.co.nz, and close on Saturday 8 April.

Click here for the tournament poster, including full entry details.