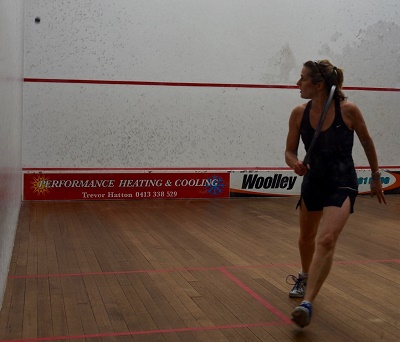 Mr O’Grady said Squash New Zealand, the organisation charged with delivering the squash programme at WMG2017, was delighted to have the squash legend on board as an ambassador.  “Sarah epitomises the ‘sport for life’ ethos of the Games and continues to work tirelessly to promote squash across the international community.  We know she can help spread the word about the World Masters Games and inspire squash players across Australia, and indeed around the world, to take up the challenge in 2017.”

Sarah Fitz-Gerald said she is honoured to join the WMG2017 ambassadors’ family and is looking forward to renewing her “friendly rivalry” with her New Zealand squash counterparts come April 2017.  “I was fortunate to play in New Zealand on many occasions throughout my professional career and look forward to competing in a country which is a squash playing nation with fantastic squash knowledge, brilliant players and a terrific atmosphere.  I plan to bring a group of Aussies over and we might even come up with an Aussie dance to challenge the famous kiwi haka!”

Chief Executive of World Masters Games 2017, Jennah Wootten, said the local organising committee was delighted to welcome an international legend like Sarah Fitz-Gerald to the ambassadors’ family.  “The Australian market is very important to us and we are expecting some 6,000 Australians to take part in the Games.   As an inductee into the prestigious Sport Australia Hall of Fame and recipient of the Member of the Order of Australia, Sarah is highly respected and well-known to a sports audience which reaches beyond squash.”

Ms Wootten said Sarah’s previous involvement as an ambassador for the 2009 World Masters Games in Sydney meant she has a great understanding of and passion for the Games and, as such, would be a huge asset to WMG2017.

Squash is one of 28 sports taking place across 45 competition venues during World Masters Games 2017.  With a minimum age category of 35+ for both men and women, squash will offer an individual open competition and three team grades – A Grade (Premier), B Grade (Competitive) and C Grade (Recreational).  The proposed age categories for men’s and women’s individual competition is 35+, 40+, 45+, 50+, 55+, 60+, 65+, 70+, 75+ and 85+.  There will be three age categories for the teams’ competition – 35+, 45+ and 55+.  The squash competition will take place at the North Shore Squash Club on the shores of picturesque Lake Pupuke.

“The work our ambassadors do on a voluntary basis on our behalf is invaluable,” said Ms Wootten.  “They open doors we simply couldn’t get to through the breadth and depth of their contacts and networks and sheer passion for sport.  Sarah is already hard at work on our behalf and, as an example, plans to use this week’s Norfolk Island Masters Squash Tournament, at which she is the guest player, to start spreading the WMG2017 message.”