Joelle King beaten in the final at Greenwich

New Zealand squash No1 and world No11 ranked player Joelle King has fallen at the final hurdle for the second successive year in the US$35,000 Greenwich Open in Connecticut, United States.

King, seeded eighth had earlier beaten top seed Irish Madeline Perry in the quarter-finals and knocked out Indian qualifier Dipika Pallikal in the semis, but was defeated by fourth seeded Egyptian Raneem El Weleily 11-8 11-8 6-11 11-4 in final.

King was also runner-up in the tournament last year. She will play in a US$50,000 tournament in Cleveland later this week. 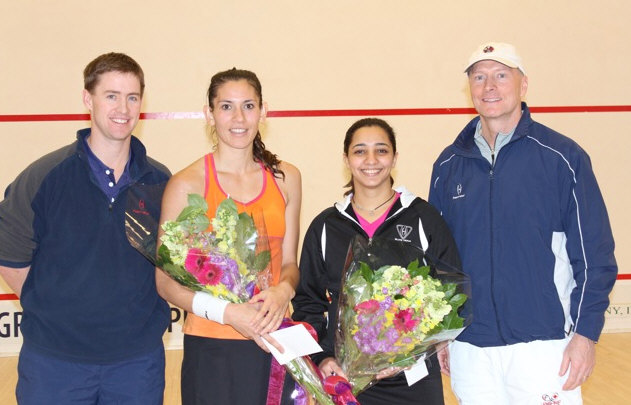 Joelle King, runner up at the Greenwich Open 2012 with winner Raneem El Weleily