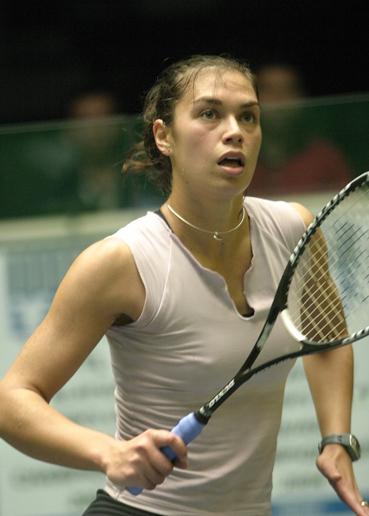 Shelley first started hitting a Squash ball around the Kaitaia Squash Courts in 1984 as a five year old whilst accompanying her squash playing mother and sister to the club.

Shelley's potential was evident from an early age. She developed to become a true ambassador for New Zealand Squash and in particular for Women's Squash, where she carried on the fine tradition of both Dame Susan Devoy and Leilani Joyce.

She went on to compete both in New Zealand and on the World International circuit for nearly two decades and during that period Shelley became a role model for New Zealand as she travelled from country to country competing at the highest level. Shelley has used her profile to inspire and provide direction for younger generations of athletes, particularly within Far North Communities. It was this dedication and commitment that was instrumental in her being recognised as the New Zealand Maori Female Athlete of the Year in 2005.

Shelley was to become one of the hardest hitting female squash players in the world and one who continually outplayed her opposition by releasing her cracking fore-hand and back-hand drives.

Shelley was named in the 2010 New Years Honours receiving the New Zealand Order of Merit (MNZM) for services to sport.