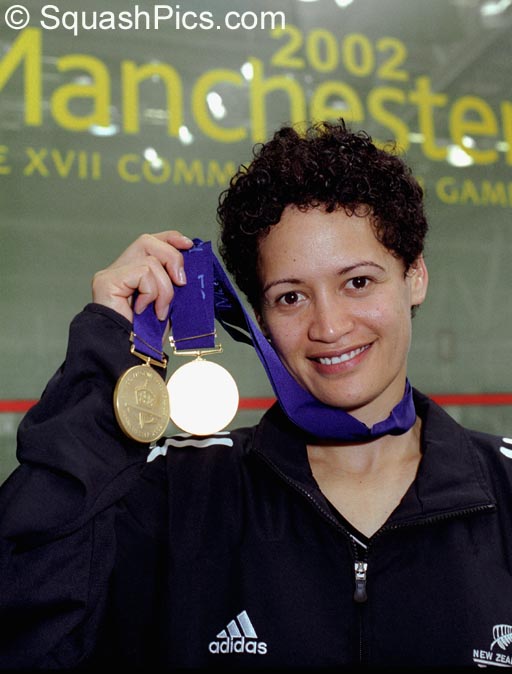 Leilani Marsh was brought up in a sports-loving family of six in Hamilton, the second-youngest of four girls who ran, and played rugby, tennis and basketball. It was not until the age of ten that Leilani was introduced to squash, at the local YMCA by her rugby-playing father. Curiously, her father (who was new to squash himself) coached Leilani from an instructive manual published by the famous coach Dardir El Bakary. This worked so well that within a few years, once Leilani had started playing tournaments, she won every national age-group title available to her.

In 1993, at the age of 19, Leilani entered the international circuit, ending the year with a world ranking of 27 and a New Zealand ranking of 2. Her progress through the world rankings was steady. By 1997 Leilani Joyce (as she was now known) had risen to number 12 in the world, before climbing to 6 in 1998. 1999 was a breakthrough year for Leilani, when she won the British Open, was runner-up at the World Open, and rose to 3 in the world rankings. The following year, after 17 years of careful planning and hard work, she reached her ultimate goal: the world number one position. She held her number one ranking for ten months, which included a successful defence of her British Open title, but was unable to add the World Open title to her resume - losing consecutive finals in 2000 and 2001.

Shortly after the 2001 World Open final, Joyce ruptured her Achilles. The long enforced break all but ended her career - although she did find time to come back for a swansong at the 2002 Commonwealth Games in Manchester, winning gold medals in the doubles and mixed doubles.